For this job, we were asked by a general contractor to update three bathrooms in a lovely Kahala house that was being prepared to go to market. The job consisted of:

5. One Formica vanity with Formica surround and sink

This was a spread out job with a lot of masking work so we brought a team of four guys and completed it in a single day. The sellers got a lot of bang for the buck as there were a lot of dissimilar elements, materials, and color schemes throughout the three bathrooms. We brought uniformity and modernization to the bathrooms at a tiny percentage of what it would have cost to replace. We completed the work in one day, working around other contractors, allowing the house to be listed on the MLS faster than the sellers’ originally hoped. 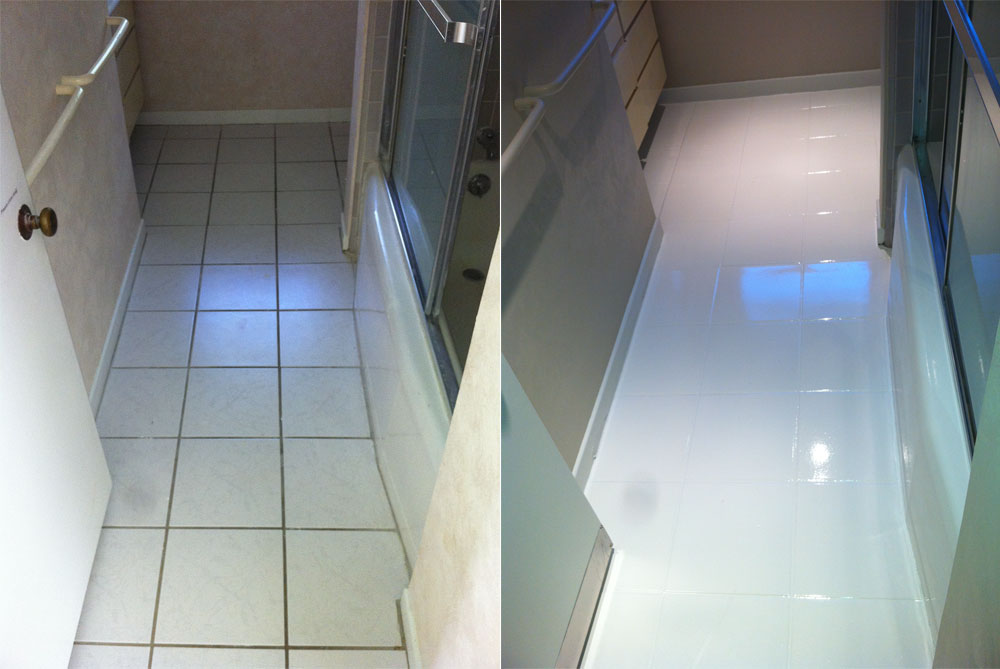 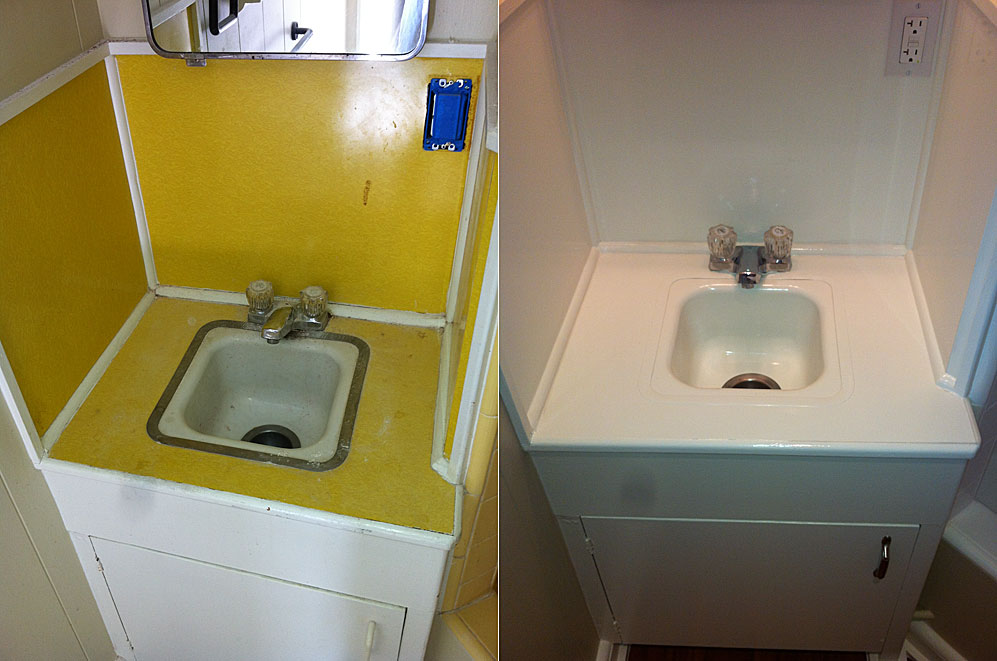 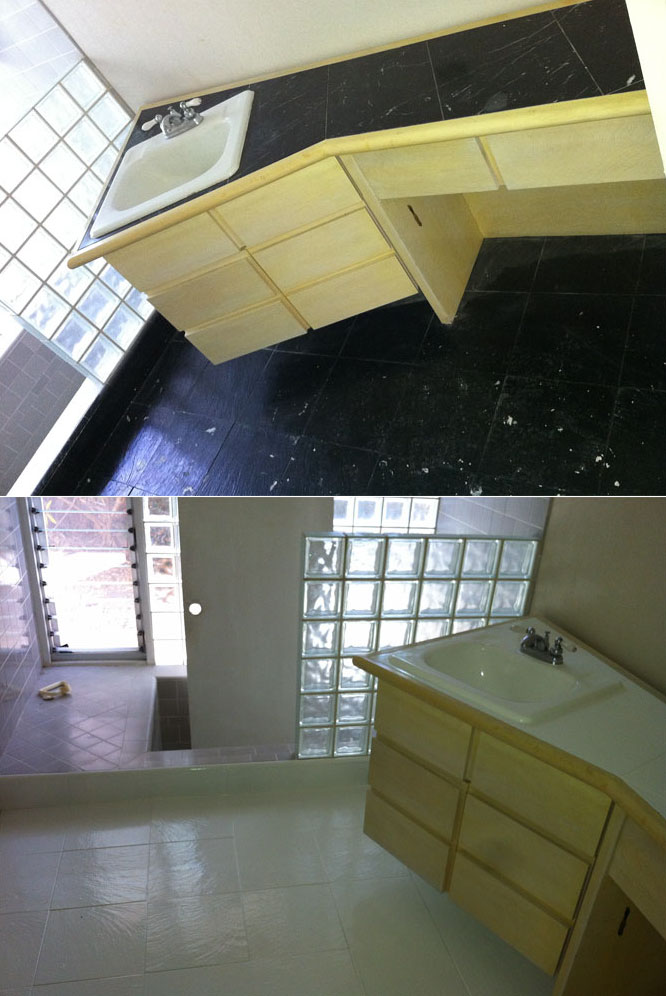 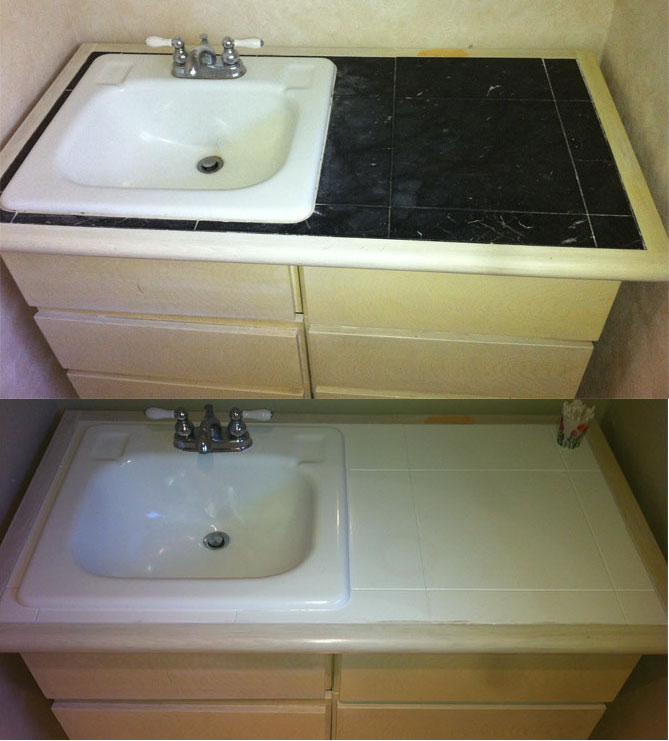